To share your memory on the wall of Demont Strand, sign in using one of the following options:

Provide comfort for the family of Demont Strand with a meaningful gesture of sympathy.

Demont received his education in Aberdeen, Maryland and later graduated in 1985 at Hartford Vo-Tech studying Architecture and Drafting. He attended the University of Maryland and studied Accounting. He also served in the United States Air Force. He was united in holy matrimony to Anita JoLynn Robinson on August 17, 2008 in Pasadena, Maryland.

He gave his life to Christ and was baptized in 1980 at Union United Methodist Church under the pastorship of Reverend Dr. Alfred A. Vaughn.

After advancing his education and serving in the military, Demont gravitated to the world of business and sales. For a period of time, he was the owner of his own window tint shop called Strand Tint and later moved into the automobile sales industry within the DMV area. It was evident his passion for cars and sales savvy would be the combination that would excel him to many career highs in the industry. Beyond a shadow of a doubt, his favorite past-times were his cars, motorcycles, boxing, and his beloved Washington Redskins.

Demont was preceded in death by his grandparents, Herman and Margaret Strand, Lloyd and Francis Cain and godfather, Leroy Stansbury.
Read Less

We encourage you to share your most beloved memories of Demont here, so that the family and other loved ones can always see it. You can upload cherished photographs, or share your favorite stories, and can even comment on those shared by others.

Maewanda Burks and The Griffin Family have sent flowers to the family of Demont Edward Strand.
Show you care by sending flowers

Posted Mar 29, 2019 at 05:55pm
Anita .....we are keeping you and your family in our thoughts and prayers during this time. Please let us know if you need anything. -Mae & Antwan

Posted Mar 29, 2019 at 12:18pm
We are thinking of you. May the grace of God grant you peace during your time of bereavement.

The Griffin Family purchased flowers for the family of Demont Strand. Send Flowers

Posted Mar 29, 2019 at 11:40am
"If tomorrow never comes" - if I could, if I knew, I should have , all these things are in our broken hearts today -but how could we have known that we would never see that beautiful smile again. We too, are torn to pieces in the loss of our beloved Demont. He could bring light in any dark place, and we shall forever hold him close in our hearts. Mildred, the children, Jo-Jo, the entire family, we grieve with you today, but we don't grieve as if we have no hope, because our hope and trust is in Jesus. Please know we are just a phone call away. Tomorrow is not promised to any of us - so please love on each other real good today and hold tight to the memories that we have, believing that God is in control. Love you all, Aunt Otis, and all the Strand Family in VA.
Comment Share
Share via:
DW 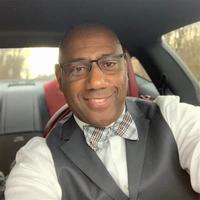