To share your memory on the wall of George Minor, sign in using one of the following options:

Provide comfort for the family of George Minor with a meaningful gesture of sympathy.

George married Agnes (Presberry) Minor and from this union one daughter, Deirdre (Minor) Sumpter, was born. He really loved Deirdre and talked about her to whomever would listen.

George O’Neal Minor enjoyed bowling, a tabletop game of pool, and his time spent with friends. He made bowling history when he bowled three 300 games and one 299 game in one month (December 2003). George also won the annual Harford lanes Invitational Bowling Tournament in Aberdeen, Maryland where he made history by being the oldest bowler ever to win this prestigious tournament. Deirdre and her father enjoyed the time spent together at the crab feast that comes at the conclusion of this tournament. Because he was such an exceptional bowler, George was often sought out to substitute for a regular team bowler.

Not only was he great at bowling, he also excelled at pool. George was a staple at the Senior Center in Havre de Grace and is pictured as part of their website page, advertising their game room and of course, with a pool stick in his hand surrounded by fellow pool enthusiasts.

He enjoyed his time spent with his friends, Nicholas Bernardi and Rick Dennis, to name a couple and looked forward to seeing and traveling with them on a daily basis.

George believed in God and was a devoted family member and friend. His early Christian walk was at Mt. Zion Baptist Church, Havre de Grace, Maryland where his late mother, Olevia, attended until her death in 1997. His love for his family and their accomplishments was legendary. George often boasted with stories concerning his daughter, son-in-law and grandchildren. With his jovial personality, he made friends easily and he will be sincerely missed by all who loved him.

Donations are being accepted for: BOWLERS TO VETERANS LINK INC.

We encourage you to share your most beloved memories of George here, so that the family and other loved ones can always see it. You can upload cherished photographs, or share your favorite stories, and can even comment on those shared by others.

Dale and Debbie Burkins, William Chapman Jr and family, and others have sent flowers to the family of George O Minor.
Show you care by sending flowers

Posted Feb 23, 2019 at 04:52pm
Last weekend was a very hard time for me, as I know it was for many. I cannot begin to describe the impact that this man has had on my life. His Genuine attitude towards every person he met. He epitomized humility in a way that I can only pray to achieve. I feel like I have lost such a big mentor in my life and more importantly, I've lost one of my best friends. Thank you, Deirdre, for reaching out and I pray for you and your family and your friends.
Comment Share
Share via:
CM

Posted Feb 22, 2019 at 11:00am
Ms. Sumpter, Mr. Sumpter and sons, and Mrs. Minor: My deepest sympathy to you and your whole family for your loss. My thoughts and prayers are with you at this difficult time. May God Bless you with His comfort as He holds you wrapped in His arms, and give you strength and peace in the difficult days and years ahead. From all these wonderful messages, I can see He richly Blessed you with the life and very presence of Mr. George Minor. 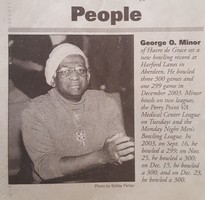 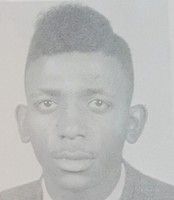