To share your memory on the wall of Littleton Christy, sign in using one of the following options:

The gesture that can change the world

Doc was educated in Harford County Schools. He held a variety of jobs over the years, mostly as an auto mechanic. Among his employers were Owens Illinois, D & L and Showering Cup companies. He enjoyed many hobbies, including his beloved fishing, playing the harmonica and part-time DJ-ing. He was also boxing and karate. Doc loved to have fun, and especially loved playing with children.

There was no one like Doc. His smile and fun loving attitude will be missed by all.
Read Less

We encourage you to share your most beloved memories of Littleton here, so that the family and other loved ones can always see it. You can upload cherished photographs, or share your favorite stories, and can even comment on those shared by others. 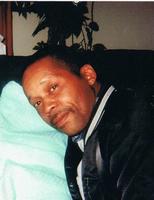