To share your memory on the wall of Mary Newman, sign in using one of the following options:

Provide comfort for the family of Mary Newman with a meaningful gesture of sympathy.

"Mom Newman" as she was affectionately called received her early education from the Duvall County school system in Jacksonville, Fla., and because of her fashion sense she attended Beauty Culture School and became a Hair Dresser for several years, she later worked as an Elevator Operator for over 17 years, which she loved, so whether you were going up or coming down "Mom Newman" always had a wise word on her lips.

In September of 1947, she married the love of her life, the late Edward D. Newman Sr., and to that union one son was born. Being a military wife "Mom Newman" was fortunate to have traveled the world, with France being one of her most memorable places to live. In February of 1963, "Mom Newman" and her family moved to Aberdeen, Maryland and befriended many military and civilian families and friends. After hearing about and frequently visiting Gospel Tabernacle Church, she decided to make it her home church, So in 1972 under the leadership of the late Bishop C. H. Johnson, "Mom Newman" went down in Jesus Name and received the gift of the Holy Ghost.

In 1976, she became the piano player for the Little Lights Choir with pleasure, under the directorate of the late Mother Blanche E. Trusty where she served faithfully for over 15 years until her health challenges prevented her from doing so. "Mom Newman" was a cheerful, loving, giving and witty person with an infectious personality. If you met her, you definitely could not forget her, with her witty words of wisdom and homemade remedies for whatever ailed you, she always had the right prescription, whether you got better or worse you certainly left shaking your head with a smile on your face. “Mom Newman" had a special love for cooking, reading and crocheting, but nothing compared to the undying love she had for "children", sharing in raising over 30 during her life time in one capacity or another imparting nothing but the truth into their lives. Because according to "Mom Newman", “You spare the "Rod" you ruin the child”. Whenever "Mom Newman" was able to attend service, she would always remind Bishop Lee and the saints how much she loved them and that Tabernacle was her home and she wasn't going anywhere else because she knew that "Prayer Changes Things" and Thee Only Hope She Had Was In Christ Jesus" which were her two favorite songs.

Even in failing health "Mom Newman" continued to support her church, she was our oldest tithe paying member, she also would support, advise and encourage the late Pastor Sylvester Simpson and his wife at their church in Edgewood, MD. She also cherished and maintained her close relationships until her death with the Fickens family, Sherlie Jones and her family and Helen Waldon and her family, sometimes would just call and leave a message and say “Numberg” calling, talk to you later.

We encourage you to share your most beloved memories of Mary here, so that the family and other loved ones can always see it. You can upload cherished photographs, or share your favorite stories, and can even comment on those shared by others.

Posted Apr 30, 2019 at 11:32pm
May the wonderful memories of Ms Mary put a smile on your face when you think of her. And may you take comfort in knowing that she is safe in God's memory and he will remember ever detail about her during the ressurection in Paradise. John 5:28-29
Comment Share
Share via:
T

Posted Apr 29, 2019 at 08:10pm
My condolences to the Newman families. I'm sorry to hear about the loss of dear Mary. Some Bible scriptures that have helped me during times of loss include Isaiah 26:19 and Psalm 37:28,29 which states in part: "Your dead ones will live...They will rise up". And the Bible also says "The righteous themselves will possess the earth and they will forever reside upon it". Therefore the Bible promises that we may be reunited with our loved ones lost in death by means of an earthly resurrection. This is further confirmed by John 5:28,29 which says "Do not marvel at this, because the hour is coming in which all those in the memorial tombs will hear his voice and come out". This is possible thanks to Jesus Christ's ransom sacrifice. Thus we have a genuine hope of everlasting life in a world without wickedness or suffering
Comment Share
Share via: 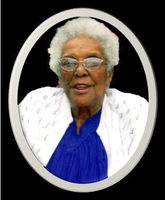