To share your memory on the wall of Matthew Brown, sign in using one of the following options:

A receipt has been emailed to the address provided. A receipt may also be printed.

Print
Matthew Noble Brown was born on January 28, 1951 in Elkton, MD to the late Henry and Rev. Olethia Brown. Of this union, he was the sixth of seventeen children. He departed this life on July l6. 2019.

Matthew was affectionately now as "M... Read More
Matthew Noble Brown was born on January 28, 1951 in Elkton, MD to the late Henry and Rev. Olethia Brown. Of this union, he was the sixth of seventeen children. He departed this life on July l6. 2019.

Matthew was affectionately now as "Matt" to his peers at Perry Point. MD, and to his family as "Chocolate Brown" or "Pat Poose" to name a few.

He received Christ at an early age and was baptized in the Baptist Church and learned about the Bible from his mother's teachings. Matthew received his early education in the Cecil County Public School system and graduated from Perryville High School in 1969. Right after high school, Matthew joined the Army. After receiving an Honorable Discharge from the Army, he started working at Dr. Richard in Port Deposit, MD and from there. he worked at Perry Point until his death.

To send flowers to the family or plant a tree in memory of Matthew N. Brown, please visit our Heartfelt Sympathies Store.

Receive notifications about information and event scheduling for Matthew

We encourage you to share your most beloved memories of Matthew here, so that the family and other loved ones can always see it. You can upload cherished photographs, or share your favorite stories, and can even comment on those shared by others.

Posted Jul 19, 2019 at 05:43am
Please accept our most heartfelt sympathies for your loss... Our thoughts are with you and your family during this difficult time. 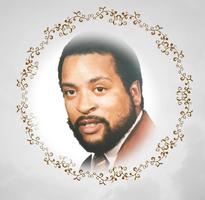