To share your memory on the wall of Richard Clark, sign in using one of the following options:

Print
Richard Martin Clark, born August 15, 1944 to the late Julie Martin and raised by Charles & Irene Clark in Port Deposit, Maryland. He departed his earthly journey on August 27, 2019 at home.

Affectionately known as Daddy Rich, Fox, Pop and Pop Pop, Richard received Jesus as his Lord and Savior at a young age and as Jesus drew him closer, he enjoyed their personal relationship and time together. Richard received early education at George Washington Carver High School in Elkton, Maryland. He learned carpentry and became skilled in master Craftsmanship building homes, making furniture, as well as electrical and plumbing.

Richard was employed at Bainbridge Naval Training Center as a pipe fitter until transferring to Aberdeen Proving Ground, Maryland. He retired from Aberdeen Proving Ground, Maryland as a facilities Engineer where he consistently used and sharpened his skills in masonry, telephone circuitry, HVAC, and roofing. After his retirement, Richard formed his own construction company for many years with the challenges of building something from nothing.

To send flowers to the family or plant a tree in memory of Richard M. Clark, please visit our Heartfelt Sympathies Store.

Receive notifications about information and event scheduling for Richard

We encourage you to share your most beloved memories of Richard here, so that the family and other loved ones can always see it. You can upload cherished photographs, or share your favorite stories, and can even comment on those shared by others.

With Love, Jessica Mann (Philadelphia) sent flowers to the family of Richard M. Clark.
Show you care by sending flowers

Posted Aug 30, 2019 at 04:48pm
Mama Alice and Family, May the peace of the Lord be a comfort to you during this time. I am thinking of you and praying for you.

Posted Aug 30, 2019 at 02:16pm
I know your "Taking Life Easy" now in Heaven Daddy Rich! Although your presence is everywhere we look, You will truly be missed! I love you! Until we meet again! Collie!
Comment Share
Share via:
S

Posted Aug 30, 2019 at 09:06am
The measure of Pop Rich is the beauty of his heart. The measure of Pop Rich’s real character is what he would do if he knew he would never be found out. The true measure of Pop Rich is not how he behaves in moments of comfort and convenience but how he stands at times of controversy and challenges. The measure of Pop Rich is not how great his faith is, but how great his love is. One of my true life heroes is Mr. Richard Clark. When my family and I came to Maryland one of the first families we encountered was Pop Rich and Mother Alice through their son Kenny and the welcomed us into their home and life and taught us lessons to numerous to mention. To me Pop Rich was a beacon of strength and life and he would always encouraged with his phrase “Mony the power we need the power”. Pop Rich I celebrate the times I had spent with you and celebrate your new location. God Bless the Clark family my prayers are with you all.

Posted Aug 29, 2019 at 09:43am
Thank you for accepting and loving me as family from day one some 40+ years ago. Your smile and constant delivery of jokes ALWAYS made me feel welcomed. You will be truly missed by many. Please accept my condolences to the entire village from my family to yours.
Michelle
Phoenix
Matthew
Tia
The grannies
The host of friends that you allowed me to bring through with me
♥️♥️♥️♥️♥️🙏🙏🙏🙏🙏🙏
Comment Share
Share via: 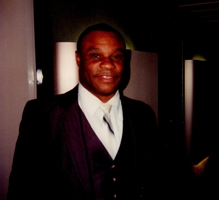 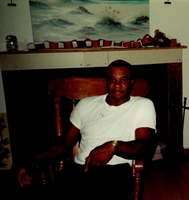 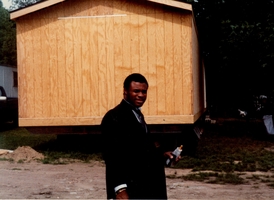