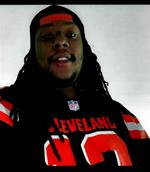 Roshon Terrell Harris, Sr. was one of six sons born to Reginald Harris, Sr. and Beatrice Harris in Havre de Grace, Maryland. His early education began in the Matoaca Elementary School, Matoaca, Virginia and continued in the Aberdeen Middle School with graduation from Aberdeen High School, Aberdeen, Maryland. He went on to matriculate at All State Careers, Baltimore, Maryland where he studied Heating, Ventilation and Air Conditioning. He was also a self-taught auto mechanic, was good with numbers, history and was an avid sports buff! For recreation he enjoyed fishing, card games and training dogs.